RONNIE TJAMPITJINPA BEGAN PAINTING IN 1971 IN PAPUNYA IN THE EARLY DAYS OF THE ABORIGINAL ART MOVEMENT.

His hugely successful work uses a combination of contrasting colour , big bold lines and contemporary design features to amplify the beauty of his Dreamings.

When Ronnie won the Alice Springs art prize in 1980 he began to attract serious attention for his monumental and breathtaking paintings.

He was part of the historical exhibition Papunya Tula: Genisus and Genius on 2000, and was named as one of Australia‘s most collectable artists by Art Collector magazine.

Born c.1943 around Muyinnga, about 100 km west of the Kintore Ranges across the WA border.

Ronnie’s family travelled extensively across Pintupi territory, moving throughout this region and also in the area around Lake Mackay in the Northern Territory

He was initiated into Aboriginal Law at Yumari, near his birthplace.

Ronnie and his younger brother, Smithy SIMARRON, originally came in from the bush at Yuendumu, and later joined relatives living in Papunya where Ronnie worked as a labourer, assisting with the fencing of the aerodrome.

Over the years, moving between Papunya, Yuendumu and Mt. Doreen station, Ronnie talked to many people about returning to his traditional lands, this was made possible with the establishment of Kintore in 1981. Ronnie moved there with his family in the early ‘80s, and has since emerged as one of the major painters of the Kintore area.

Ronnie’s work is based on the Tingari Cycle a secret song cycle sacred to initiated men.

The Tingari are Dreamtime Beings who travelled across the country performing ceremonies to create and shape the country, known to Aboriginal desert people as their Dreaming sites. The Tingari ancestors gathered at these sites for Maliera (initiation) ceremonies. The sites take the form of, and are located at, significant rock-holes, sand hills, sacred mountains and water soakages in the western desert.

Tingari may be poetically interpreted as song-line paintings relating to the songs (of the people) and creation stories (of places) in Pintupi mythology. Ronnie can be considered amongst the first wave of Aboriginal artists linking ancient stories with modern mediums.

Ronnie Tjampitjinpa is also well-known for his Fire Dreamings and he is quite comfortable painting huge canvases, where his bold designs come alive.

Chairman of the Kintore Outstation Council, Ronnie currently resides on his outstation at Redbank (Ininti) with his younger brother, Kenny WILLIAMS. 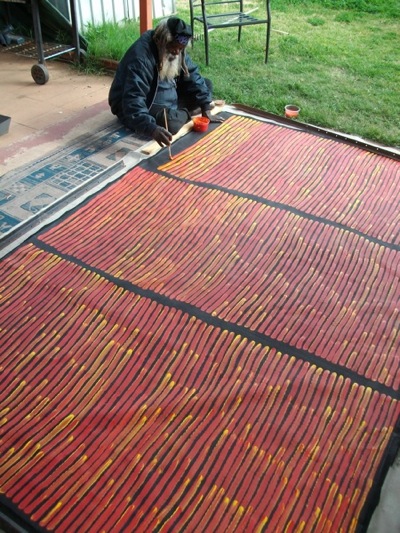 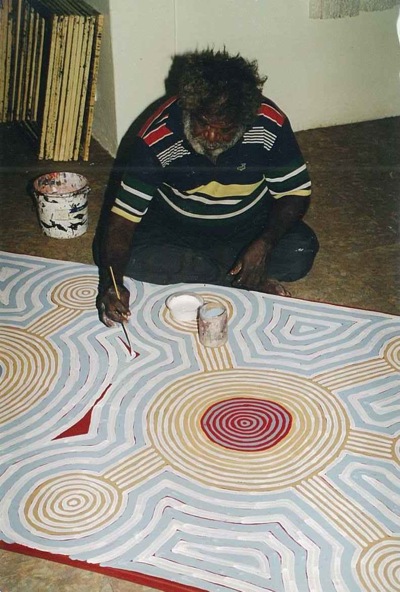 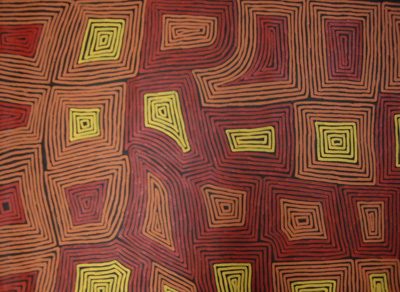 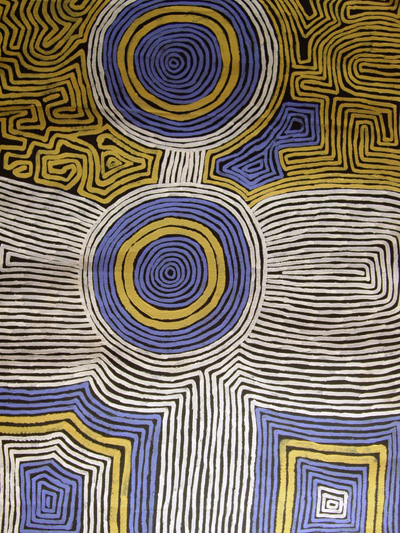 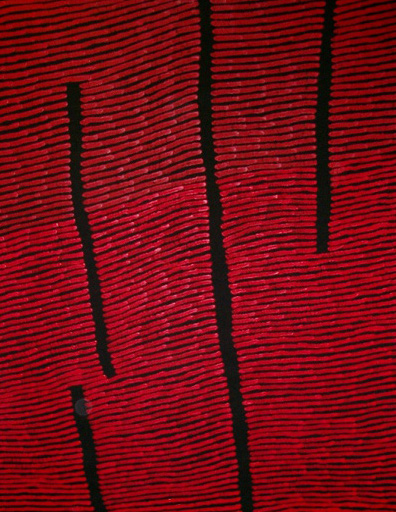