“Patrick is a senior law man who is responsible for traditional ceremony for the region around Balgo. It wasn‘t until the 1980‘s that he began painting. He is the masterfully creates “shimmer” or optical illusion through his textural, colourful depicitions of his country.

His stories are depictions of sites created by Tingari ancestors at Kallianku, west of Jupiter Well, as they travelled during the dreamtime period. There are also depictions of the Wanawarra (rainbow snake) designs from that region. He is exhibited, collected and admired internationally. Patrick was named as part of art collectors 50 most collectable artists in 2005 and won the inaugural 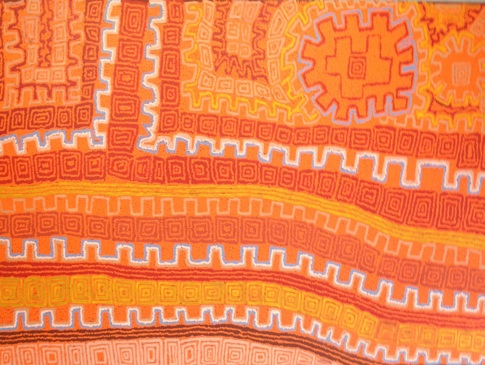