“Kathleen is one of the most important artist to emerge from Utopia. She is from a family of rich artistic talent which includes her sister Gloria Petyarre. Kathleen paints in a unique style that is instantly recognizable; layering intricate dots with rich colours to create powerful images.

She paints Emu and Dingo Dreamings as well as women hunting, but it is her Mountain Devil Lizard for which she is best known. This Dreaming tells of the need to heed the knowledge of elders and to exist as a group rather than individuals – a topic that was of the utmost importance to the nomadic desert people. Her work has been exhibited and collected by museums and collectors worldwide.

Kathleen Petyarre was born at the remote location of Atnangkere, an important water soakage for Aboriginal people on the western boundary of Utopia Station, 150 miles north-east of Alice Springs in the Northern Territory of Australia.

Kathleen, her daughter Margaret and her sisters settled at Mosquito Bore, on Utopia Station. She lives between Mosquito Bore, Utopia and at her home in Adelaide.

Kathleen was one of the key Anmatyerre women involved in the successful claim for the freehold title of land at Boundary Bore, which led to the 1979 formal hand-over of the Utopia pastoral lease back to its traditional owners.

Kathleen’s inherited her Dreamtime stories from her father and mother, they are Mountain Devil Lizard (Arnkerrthe), Women Hunting Emu, and Dingo Dreaming (Atnangkerre) these paintings are about her ancestral total and relate to the country around Utopia.

A common theme of Kathleen’s paintings refer to Arnkerrthe, Mountain or Thorny Devil Lizard, (Moloch horridus) a small lizard which has spikes on its back and lives in the desert, crossing vast terrain and changing colour according to its environment like a true chameleon. The enormity of his journeys can be felt in the landscape of Kathleen’s works.

In 1996 she was the winner of the 13th Telstra National Aboriginal and Torres Strait Islander Art Award. Controversy arose in 1997 when Petyarre’s estranged partner of ten years, Ray Beamish, claimed that he had had a hand in the execution of the winning painting. This controversy, which shook the Aboriginal art market at the time, resulted in much stricter emphasis being put on the documentation of authorship in Aboriginal paintings. Her name was eventually cleared, and she retained her award.

Her work is in the permanent collection of the new Musée du Quai, Branly in Paris.

Kathleen Petyarre is one of the most sought-after living Aboriginal artists. She has been nominated many times by the Australian Art Collector as being among ‘the 50 most collectable artists in Australia’. Her sisters, Gloria, Violet, Myrtle and Jeannie Petyarre are also well-known Aboriginal women artists. 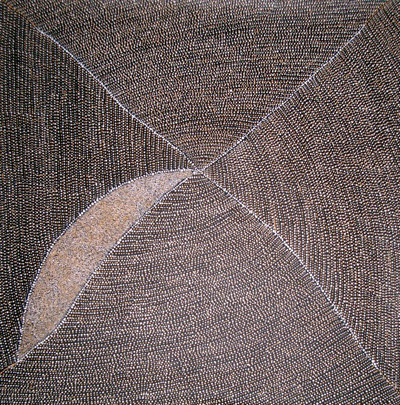 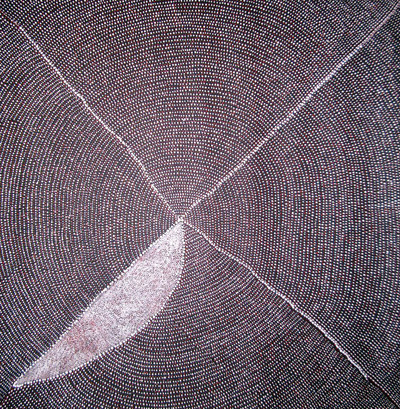