Hughie Ah Won was born on Creswell Downs Station, Barkley Tablelands, NT in 1965. His father was working as a stockman on the station at the time. Hughie’s father, Edward Ah Won was from Spring Creek Station, WA and his mother, Gracie Ned was from Borroloola in the Northern Territory.

Hughie, his brother Robert and sisters Susan, Marjorie and Audrey grew up and went to school in Wyndham. After Hughie finished school he worked as both a stockman and a house painter for several years before commencing work in government departments such as Aboriginal Legal Services and Children’s Services.

Incredibly, given the depth of his talent, Hughie only started painting seriously in 2007. His inspiration to paint came from the old boab carvers in Wyndham. They hadn’t had the eduction that Hughie had, but they had life experience and incredible talent. His mentor was Octa Carroll (father of senior ochre artist Tommy Carroll) and then Alan Carroll and Leslie Evans.

Hughie realised that people in Wyndham were interested in his artworks and started selling locally and in Kununurra for Waringarri Arts in 2008. In 2009 Hughie and his family moved to Adelaide temporarily where he entered an art competition for the creation of a calendar and his work was chosen to be represented for the month of April.

In early 2010, keen to learn more of the technical aspects of painting, Hughie moved to Cairns where there is a huge art culture. Recognising his immense talent, a local gallery started working directly with Hughie. As well as painting his incredible artworks, Hughie also produced stunning etchings and lino cuts.

Hughie now resides in Kununurra, East Kimberley with his family. Inspired by his country, he continues to create his amazing works. 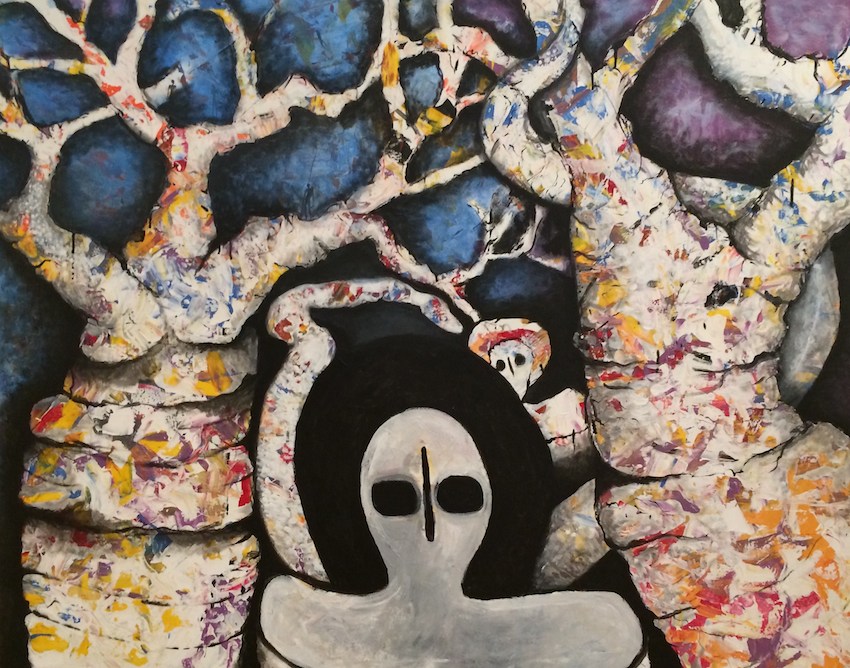 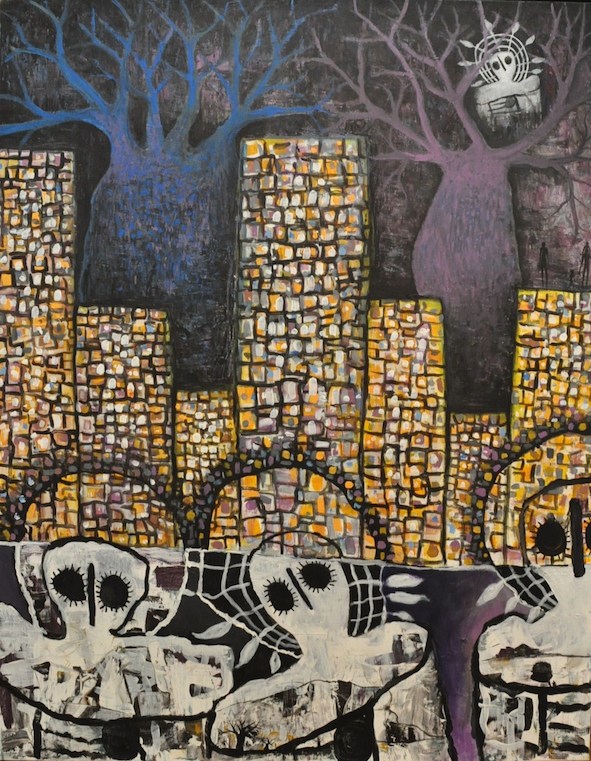 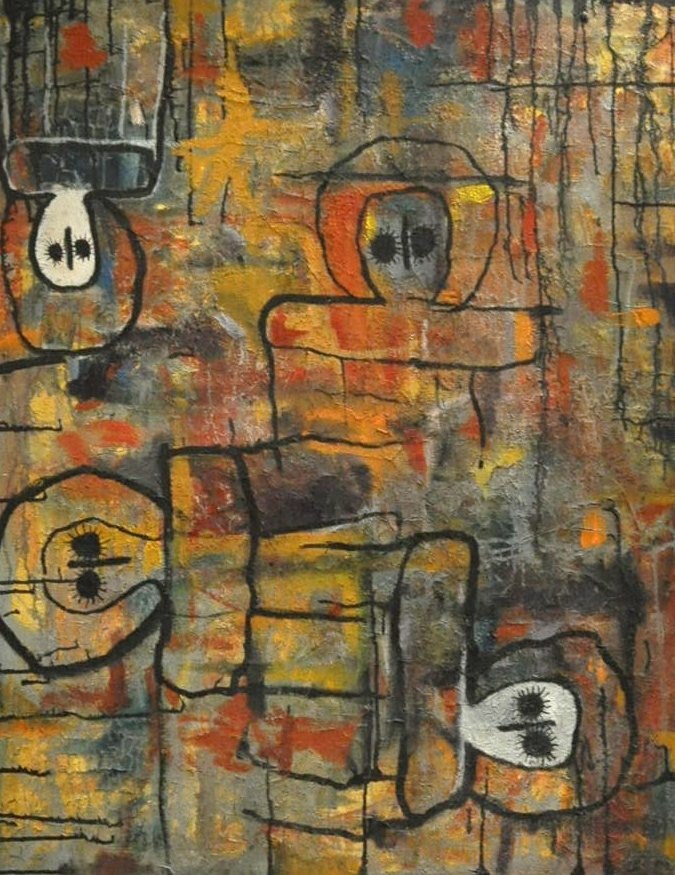 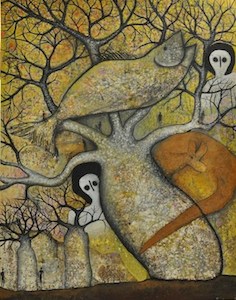 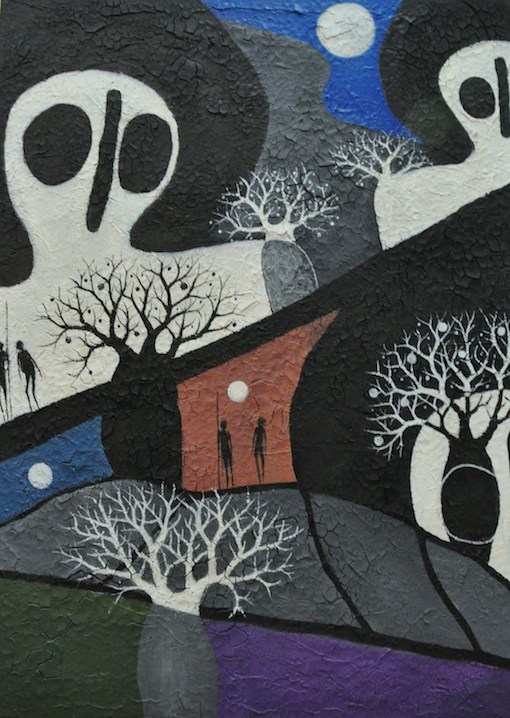 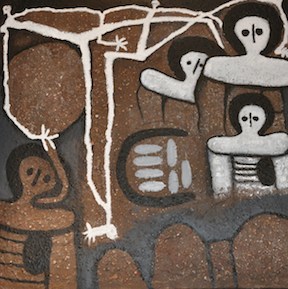 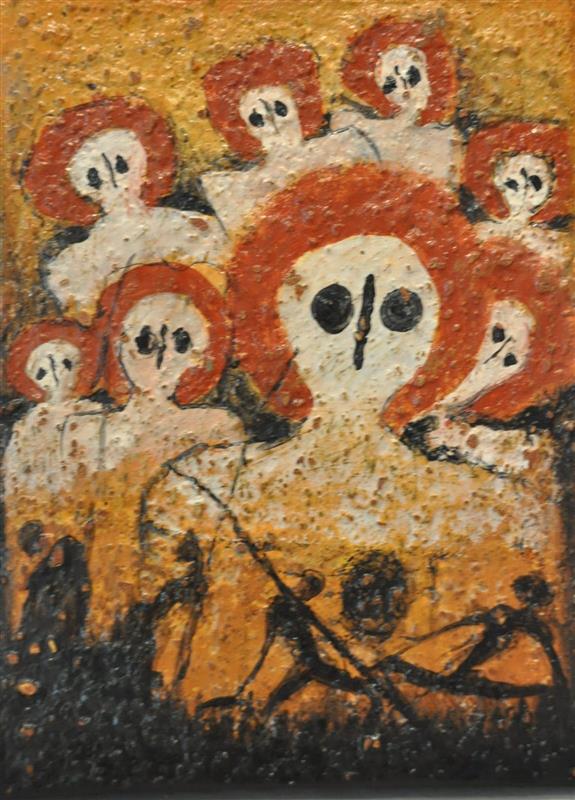 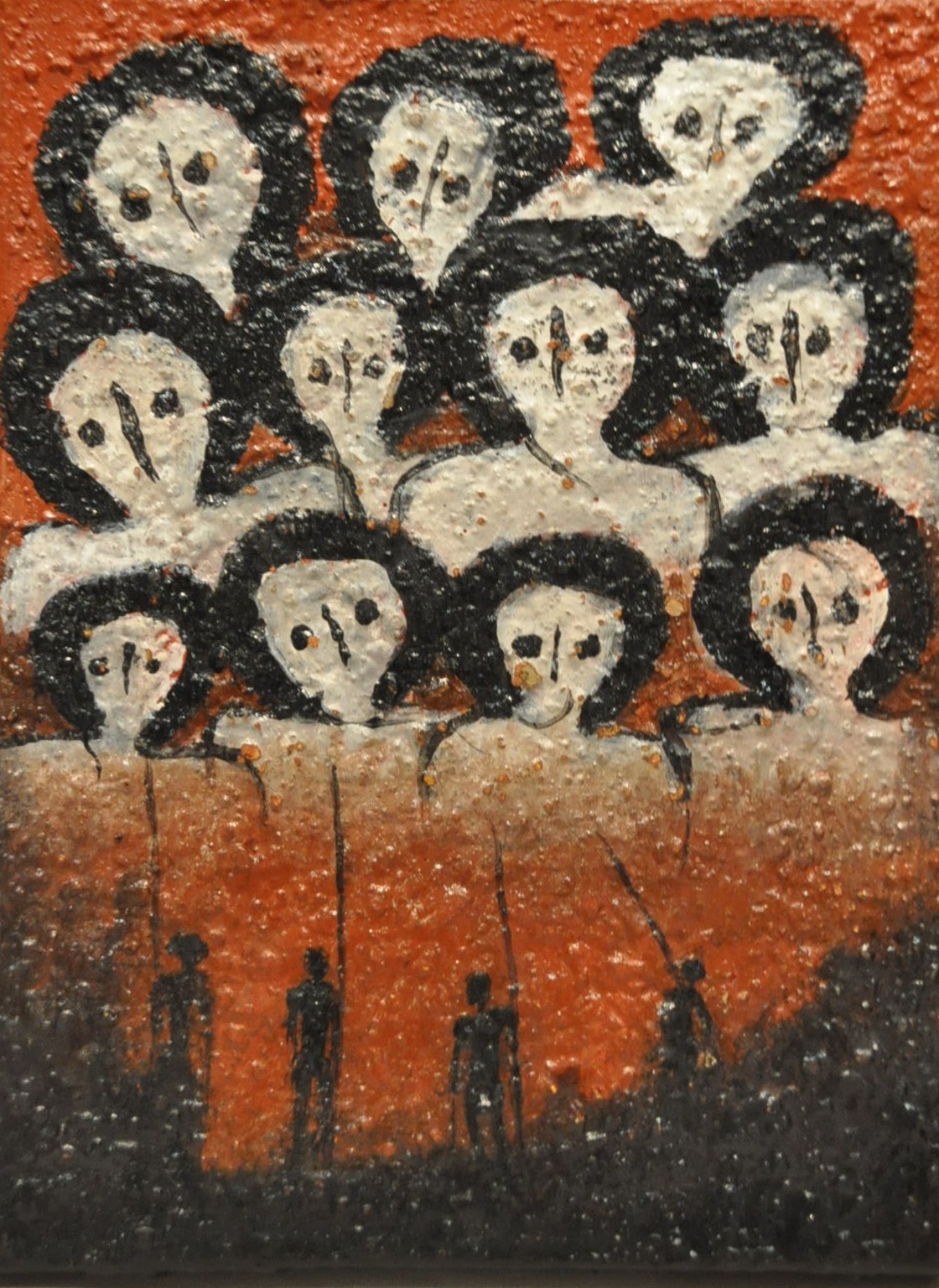