Gloria began her career as one of the founding members of the batik print-making movement at Utopia. She took up the acrylic medium in the late 1980‘s, and quickly rose to recognition, alongside Emily Kame Kngwarreye in 1991 with the exhibition of Utopian Art in Sydney.

Gloria’s work has evolved from strictly body paint designs in her early years to more abstracted explorations of colour that express her mastery of the acrylic medium. Her work features in many important national and international collections. Gloria’s paintings are typified by their floral look, ranging form simple black and white designs to multicoloured patterns that seem to twist or move the longer you look at them.

Gloria Petyarre is the neice of Emily Kngawrreye and the younger sister of Kathleen Petyarre, both famous aboriginal women artists.

She won Australia’s longest running art prize, the Wynne Prize in 1999 with “Leaves”. She traveled to Ireland, England and India in 1990 as part of the Utopia – “A Picture Story Exhibition”.

She began work on the ‘Summer Project’ in 1989 which involved translating the batik paintings onto canvas. She paints several Dreamtime stories such as Pencil Yam, Bean, Emu and Mountain Devil Lizard and Small Brown Grass.

Gloria’s unique style of painting has made her a very collectable artist, her strong rhythmic style of painting her Dreamtime stories of leaves, grasses and body paint, traditional and spiritual stories painted in a very contemporary style, show a very resolved and confident artist.

In 1995/96, she received a Full Fellowship Grant from the Aboriginal and Torres Strait Islander Board of The Australia Council. 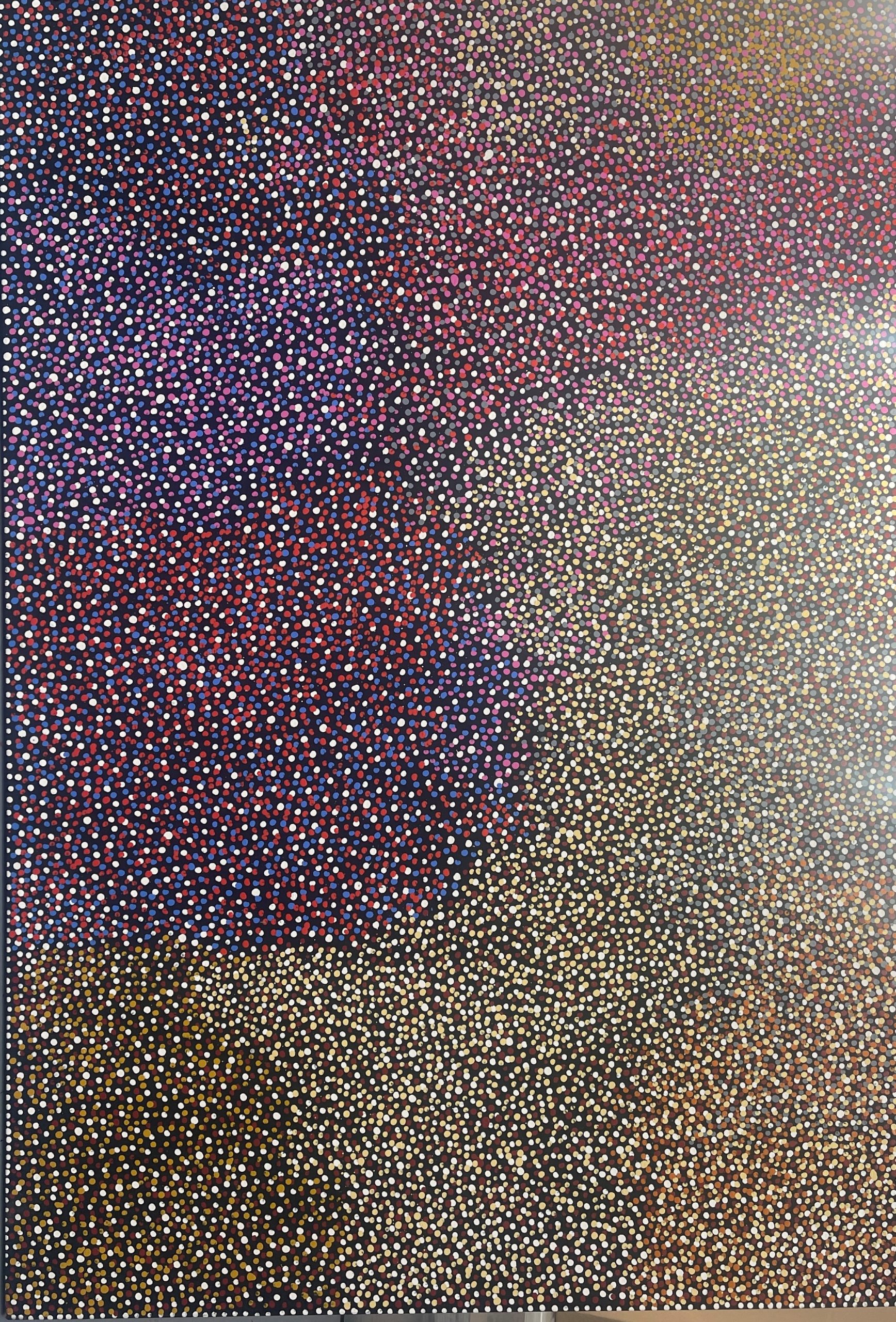 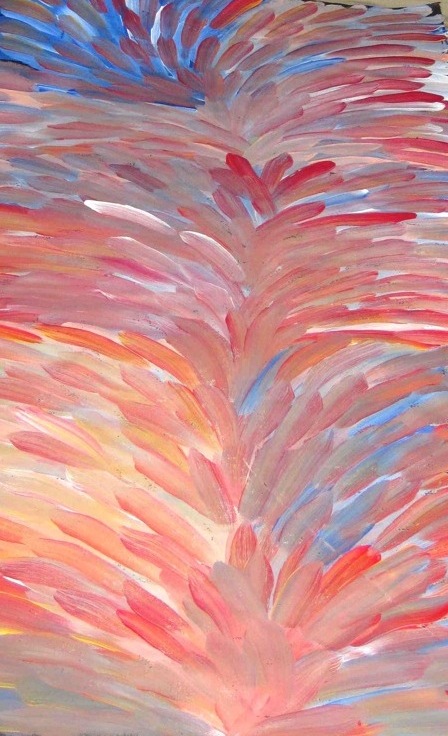 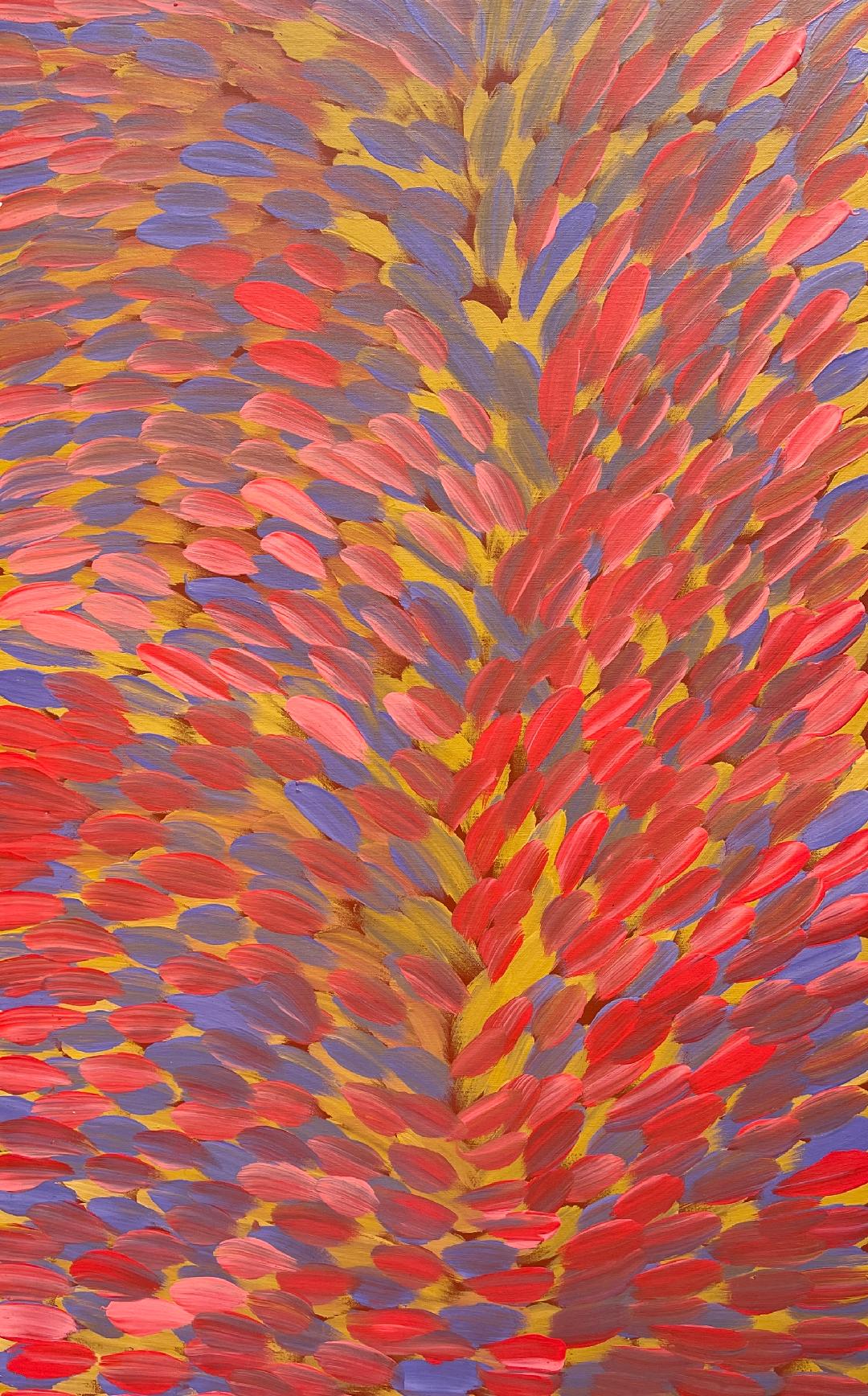 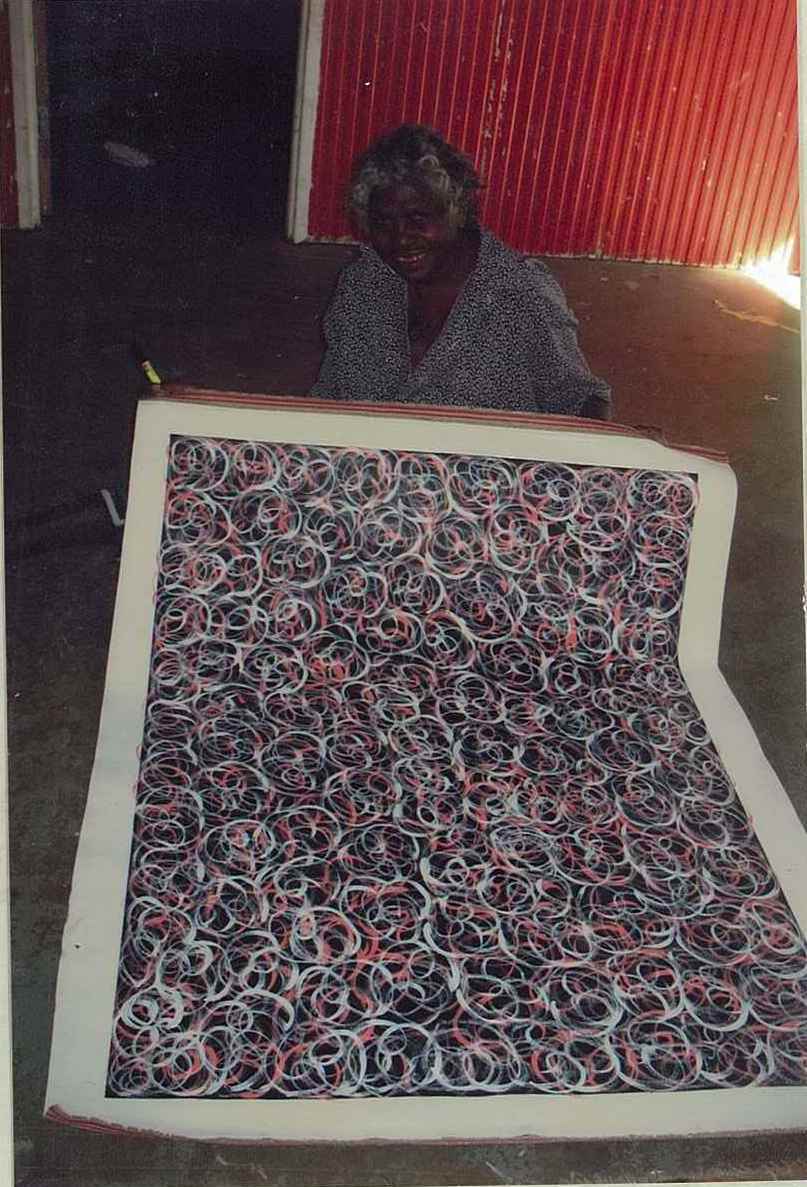 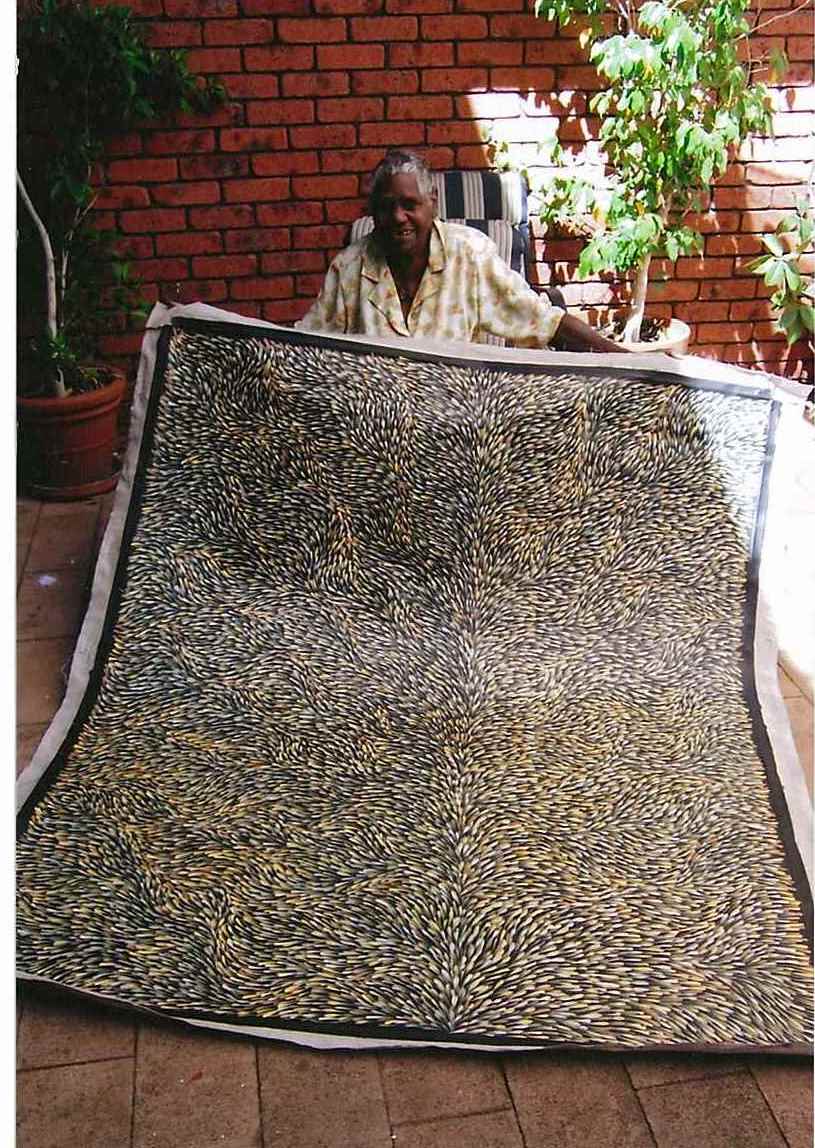 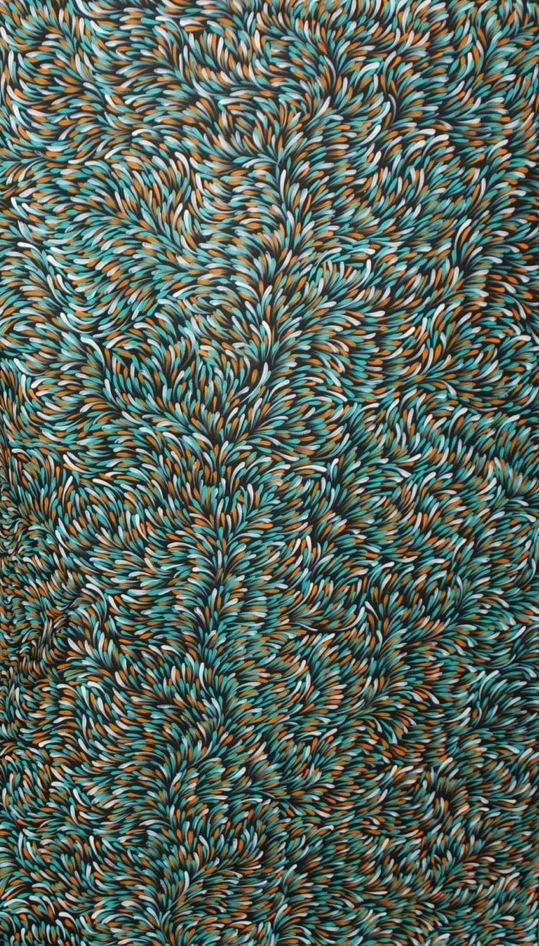 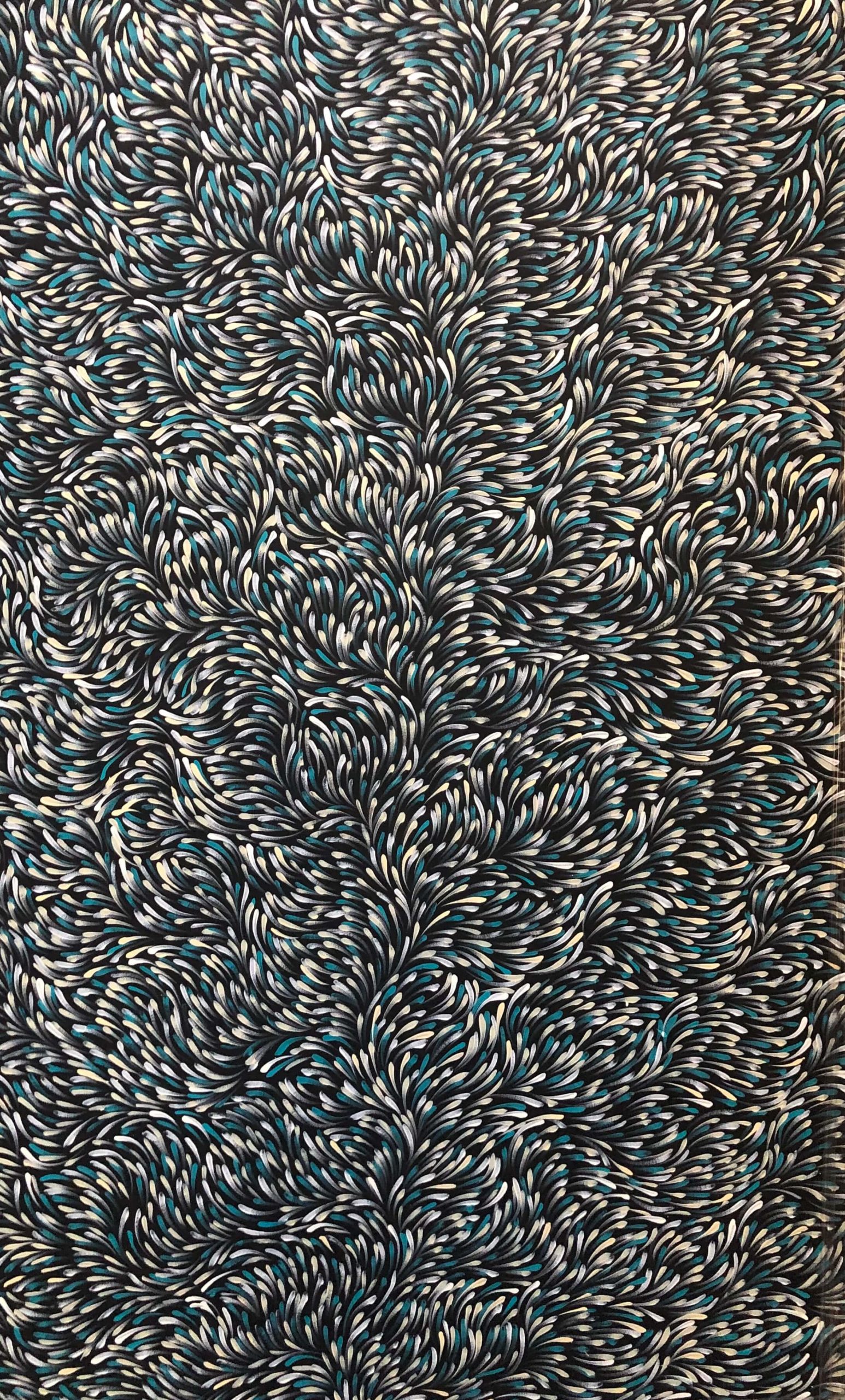 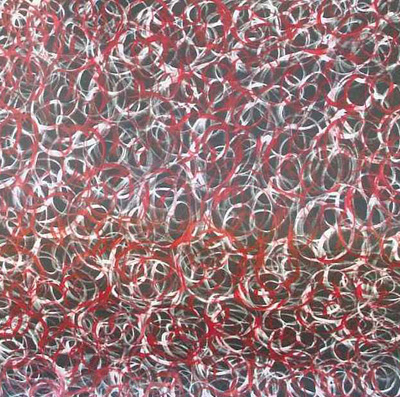