Evelyn as a very collectable artist within the Utopian community. Her work is innovative and has been in a constant state of transition since she began painting around 1997. Her often bold flourishes of colour and the various ways Evelyn paints her dreamings highlight the artists’ own in-depth exploration of her methods, dreamings and beliefs.

Evelyn Pultara originally painted traditional themes in a very traditional style. She is now a confidant artist with her own style and depicts her Dreamtime stories in vibrant colours and bold brush strokes.

The bush yam has been a source of both food and water for the Anmatyerre people for generations. The pencil yam is a slender twining plant with small yellow pea-like flowers and edible tubers.

Evelyn’s husband Clem is also an artist. Australian author, Peter Goldsworthy, who sat and watched her paint one afternoon, 2004 said

“The Dreamings tell of the adventures of the mythic totemic ancestors – kangaroos, birds, lizards, men and women, even yams, who made the land and its people and food. The Dreamings can also provide a song-map of the location of water-holes, ochre pits, food sources, and sacred sites” 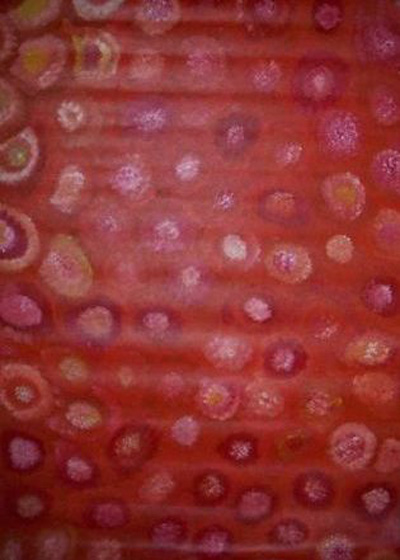 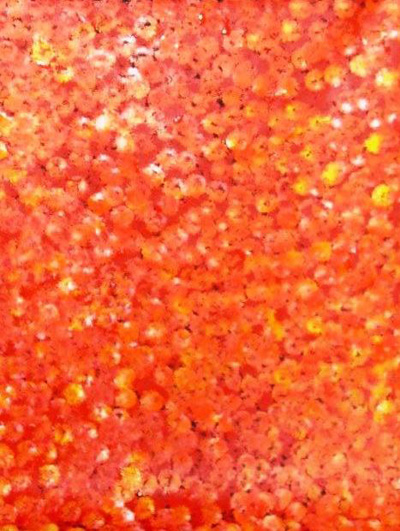