Eubena was born at Tjinjadpa, west of Jupiter Well on the Canning Stock Route in Western Australia and is one of the pre-eminent women in the Balgo Community. She is a recognised Law Keeper and her knowledge of traditional practises and law is very deep.

Eubena Nampitjin is one of the best-known Balgo painters. She was taught to be a maparn (traditional healer) by her mother, Moogaga. Her family hunted and gathered bush tucker on the northern fringes of the Great Sandy Desert, also performing sacred ceremonies.

She is held in high esteem by her peers for her importance in matters of tradition and ceremony as well as for the quality of the art that she produces. Eubena’s work is very feminine, mostly using pinks, reds, yellows and oranges, with flowing lines and brush work that create a great sense of movement and energy in the work.

A senior member of the Mulan and Balgo communities in WA and leading western desert artist who often painted with her husband Wimmitji. Her work is held in major national and international art collections.

Eubena still regularly spends time out in the bush, away from the “humbug” of community life, being in such demand as an important artist.

Her work is in major public and private collection nationally and internationally.

2001 “Australian Art collector” magazine did a large article on her, stating that she was rated as one of the 50 most collectable artists in Australia 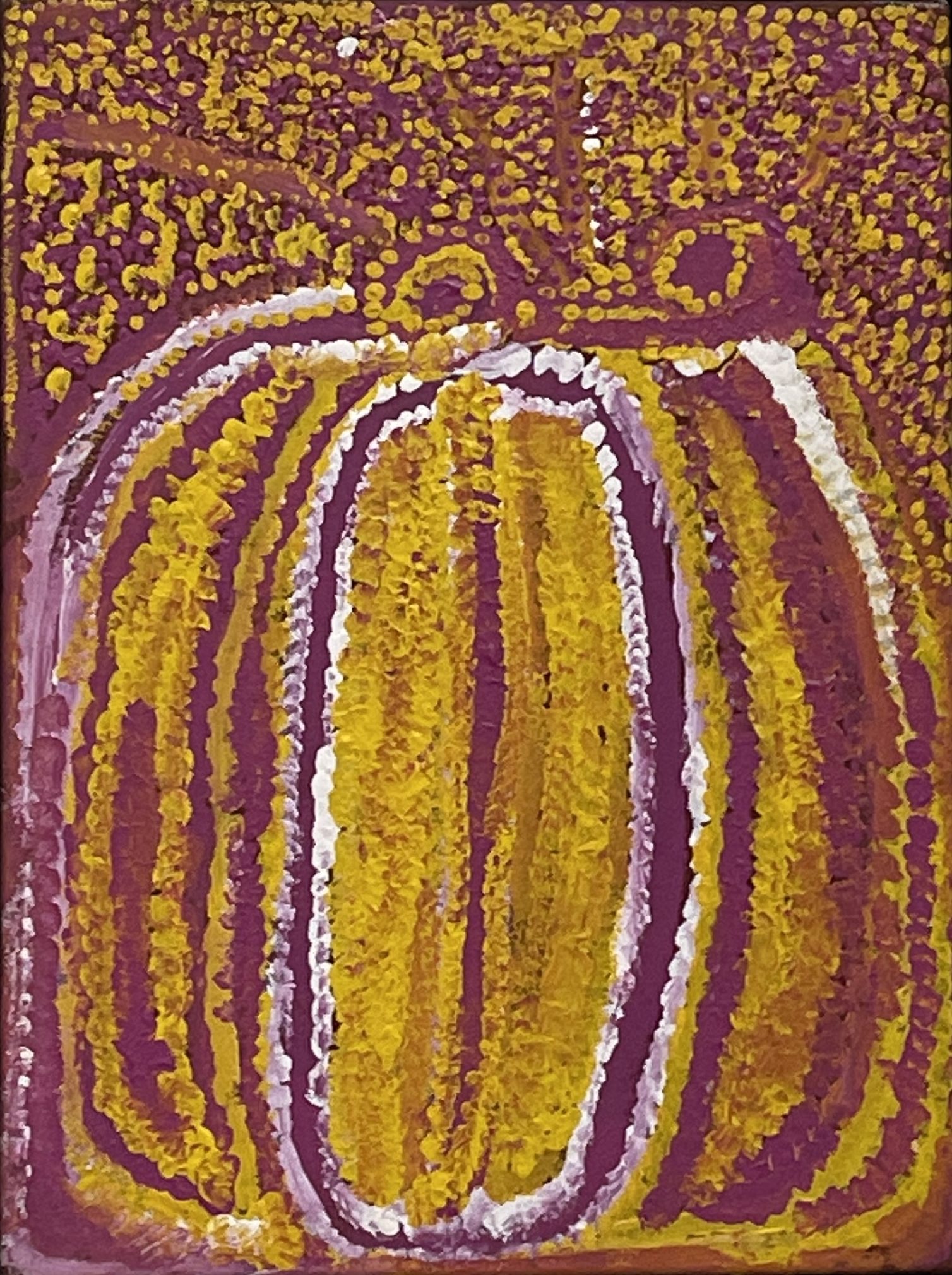 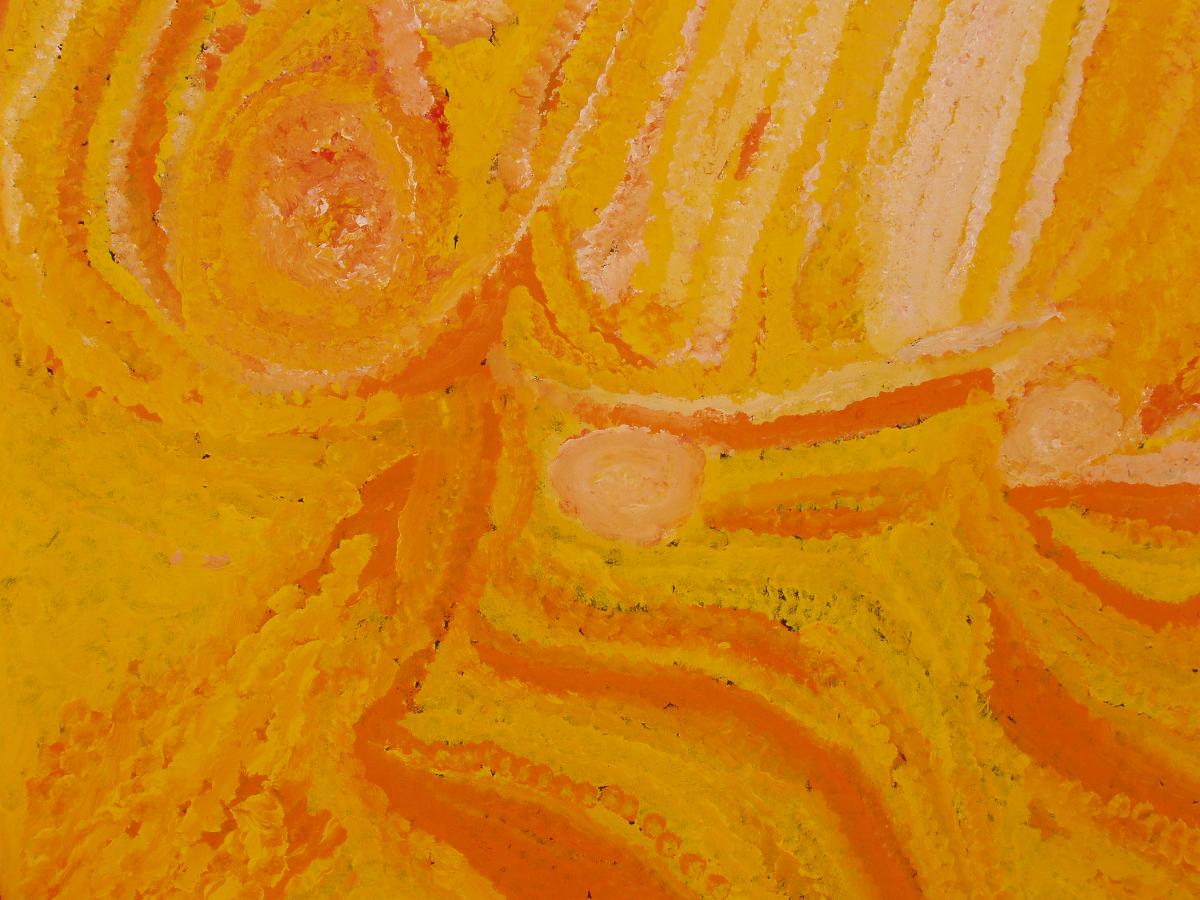 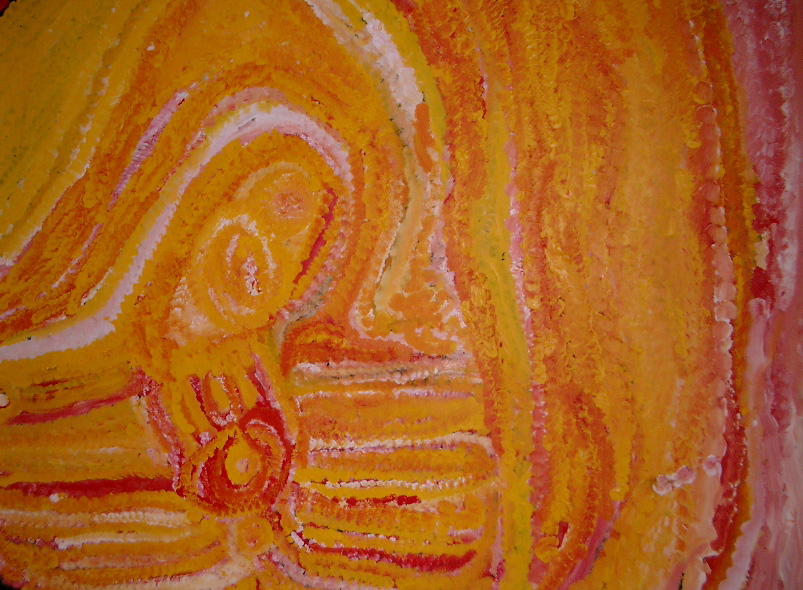 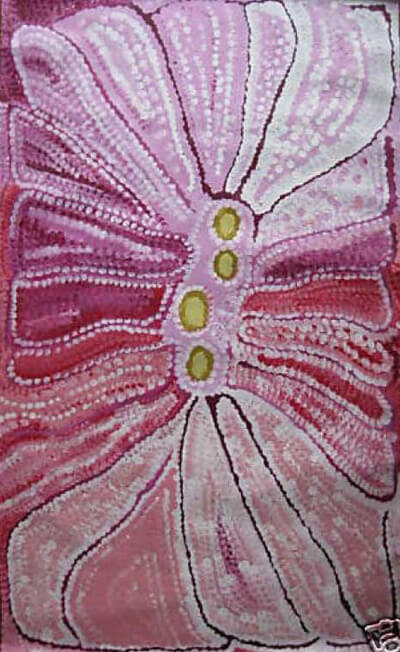