Eileen is the daughter of Charlie Tararu Tjungarrayi one of the founding members of Papunya Tula Artists, and Tatali Nangala, also a successful artist. Eileen and her family moved to Kintore Outstation when it was estabilshed in the early 1980‘s.

As a second generation artist Eileen learned to paint from her parents, it was not until the death of her mother in 1999 that Eileen began to paint her own stories. She has become an important figure in the contemporary Aboriginal art world, innovatively interpreting her main subject, her father‘s birth site, Tjitjurrulnga (also known as Titjurrulpa), a rockhole to the west of Kintore. Eileen‘s work is instantly recognisable, with bold, brilliant colours, great contrasts, and intricate compositions.

Eileen Napaltjarri, also known as Anyima Napaltjarri or Nanyuma Napaltjarri, she began painting for Payunya Tula Artists’ Co operative in 1996. She was named as one of Australian Art Collector magazine’s 50 Most Collectible artists in 2008; her works are held by the National Gallery of Australia and the Art Gallery of New South Wales, as well as many private collections both nationally and internationally. 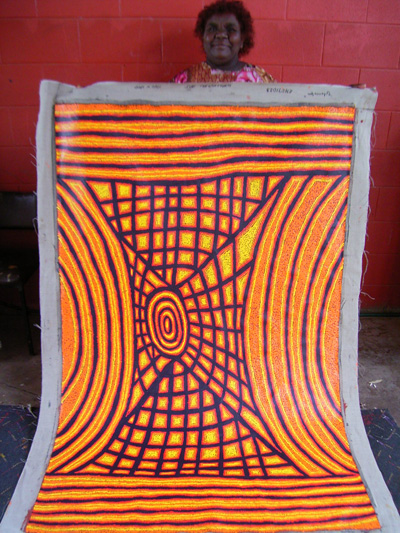 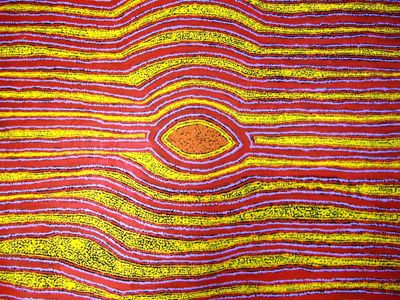 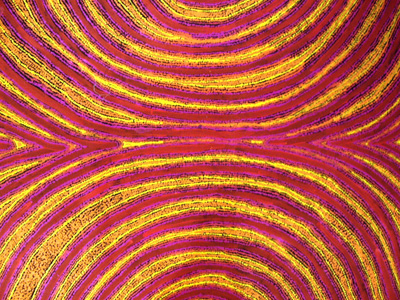 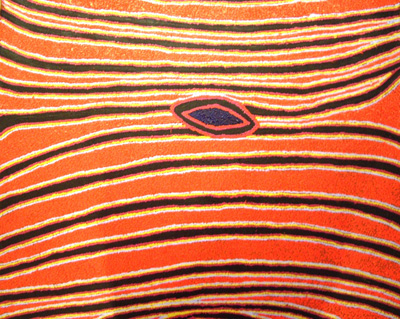