Bill Whiskey was a traditional medicine man (ngangkari) and healer in his adopted community near Mount Liebig in the Central Desert.  People would travel from miles away seeking his help.  Bill’s work is bold, bright, and complex.  The many layers of different colours create an interesting effect, giving his work incredible depth.

Bill Whiskey may not have begun painting until the last four years of his life, but it only took an instant for him to become recognized as an artist of uncommon talent. It is said that the bold bright paintings reflect his indomitable spirit. As a man in his 80‘s he was the first to depict a major dreaming story and the creation of major sites throughout his country.

As a young man he lived at Haasts Bluff on a Lutheran mission where he met his wife Colleen Nampitjinpa.

Both he and his wife were known as “Ngangkari” or Traditional Medicine Healers and people would travel great distances to be healed by them. They have 3 sons and 2 daughters.

The name Whiskey evolved from Whiskers due to his long white beard some say the name added a touch of the bohemian to the well known tea-totaller.

Later in life he and his family moved to an outstation in Amanturrungu (Mt Leibig) where in 2004 using the facilities of the Watiyawanu Artists he started to paint with acrylic paints on canvas. He is recognized as one of Australia’s most significant contemporary artists who between 2004 and his death in 2008 created an outstanding body of work.

Most of Bill Whiskey’s painting depict the ancestral white cockatoo story from his birthplace of Pirupa Alka.  The story is of three birds – the white cockatoo and his friend the eagle and their adversary, the crow.

When Bill Whiskey revisited his home country in 2007 he could proudly point out the white rock of the cockatoo, the eagle nest cone, Katamala Cone, which overlooks protectively this white glowing stone and the rock pools formed in the battle of the ancestral birds.

Bill Whiskey was a two time finalist in the Telstra Awards, his works have been exhibited internationally in Copenhagen, Singapore and London. His works are in private and corporate collections including The Kerry Stokes Collection WA; Reg Grundy Collection and Art Gallery of South Australia. 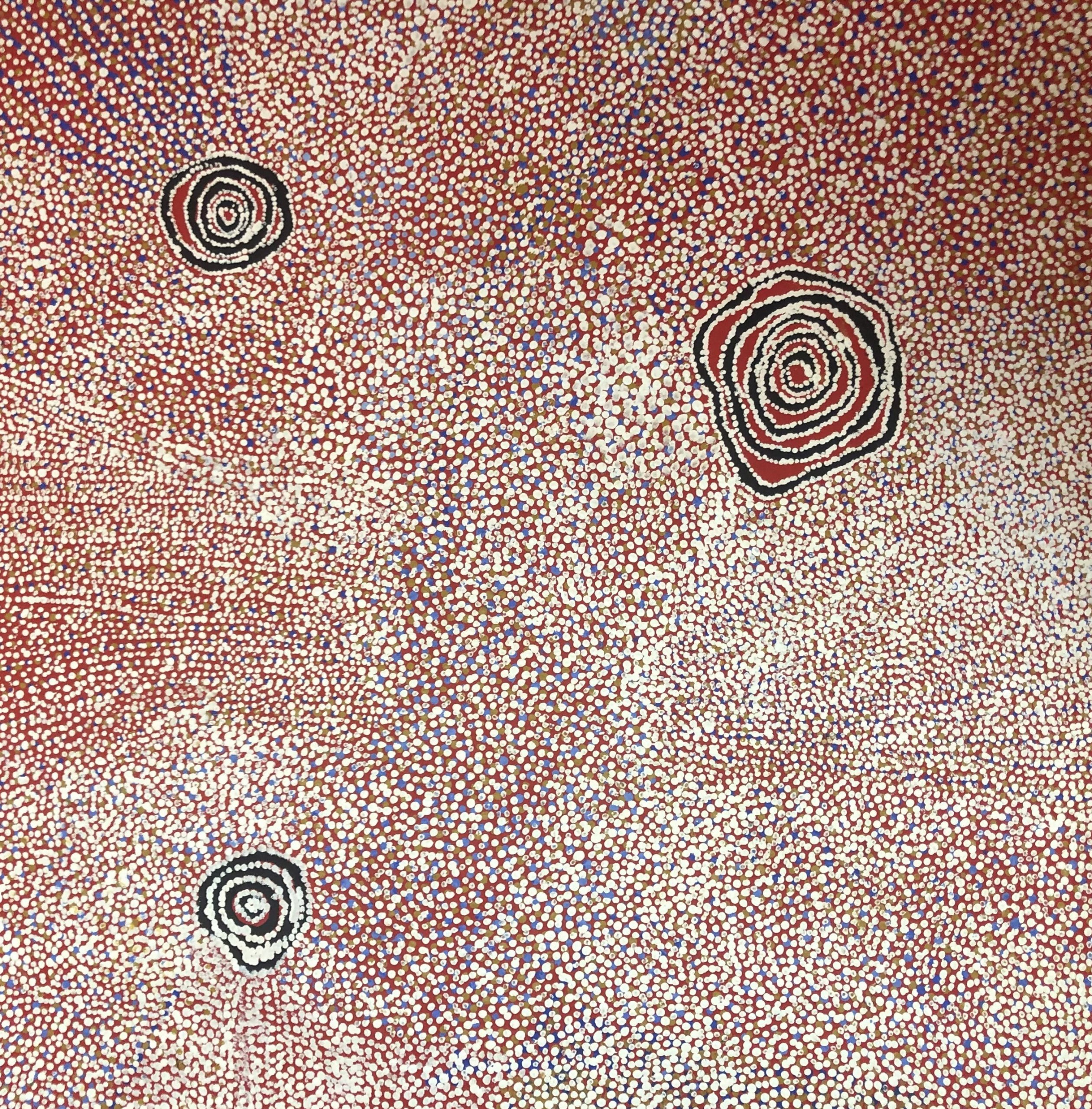 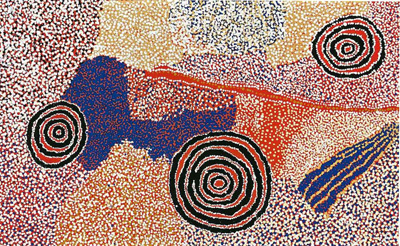 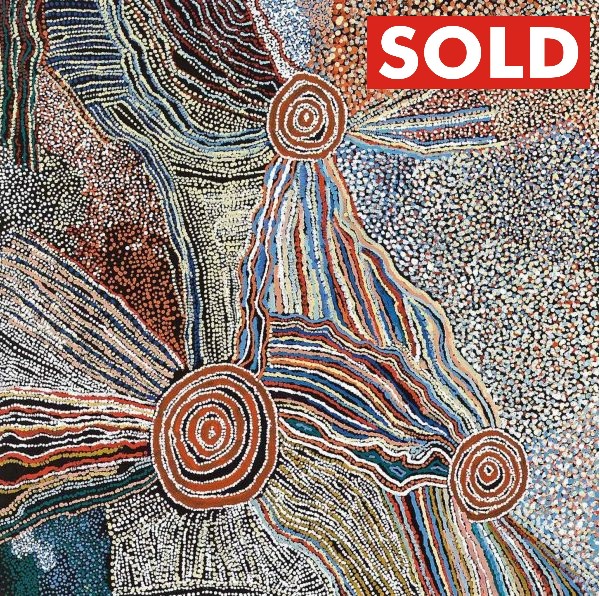 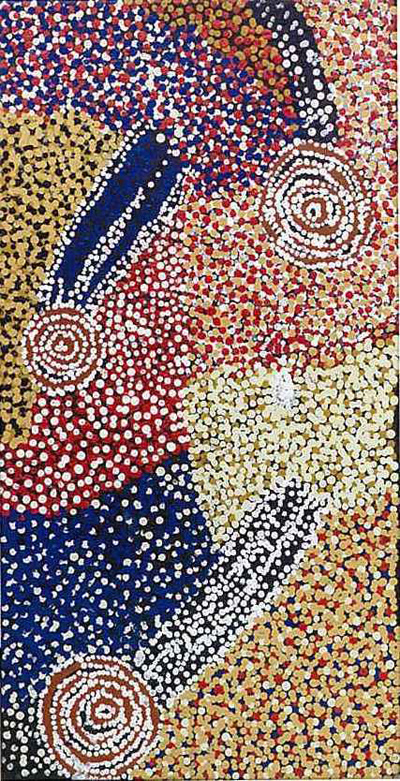