ANNA PITJARA WAS TAUGHT TO PAINT AT UTOPIA BY HER COUSIN GLORIA PETYARRE, SHE IS ALSO KNOWN AS ANNA PRICE PETYARRE AND IS THE NIECE OF THE LATE EMILY KAME KNGWARREYE. ANNA IS A VERSATILE ARTIST AND HER UNIQUE STYLE HAVE MADE HER A POPULAR AND VERY COLLECTABLE ABORIGINAL ARTIST INTERNATIONALLY.

Anna lives at Mulga Bore, near the general store with her husband Colin, an outstation at Utopia, approx 220 Km from Alice Springs. They have two daughters and a son, she is also has five grandchildren.

As a traditional Aboriginal women Anna is involved in sacred ceremonies and paints aspects of Aboriginal women’s body paint connected to those ceremonies. Her plant totem, The Bush Yam, has been a staple food for the Aboriginal people of the desert for countless years. The Bush Yam’s seeds are gathered by the women of Utopia and ground to make flour for damper. 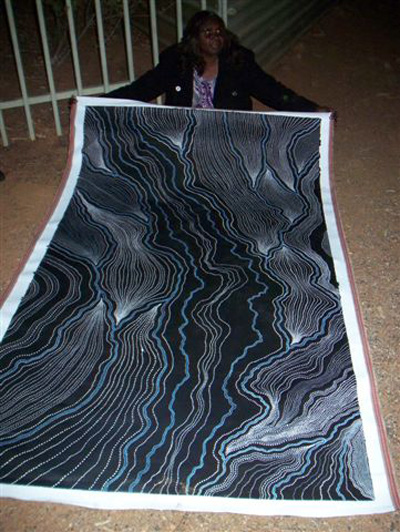 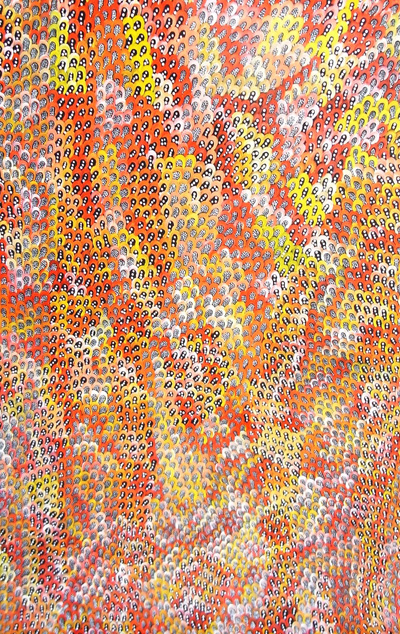 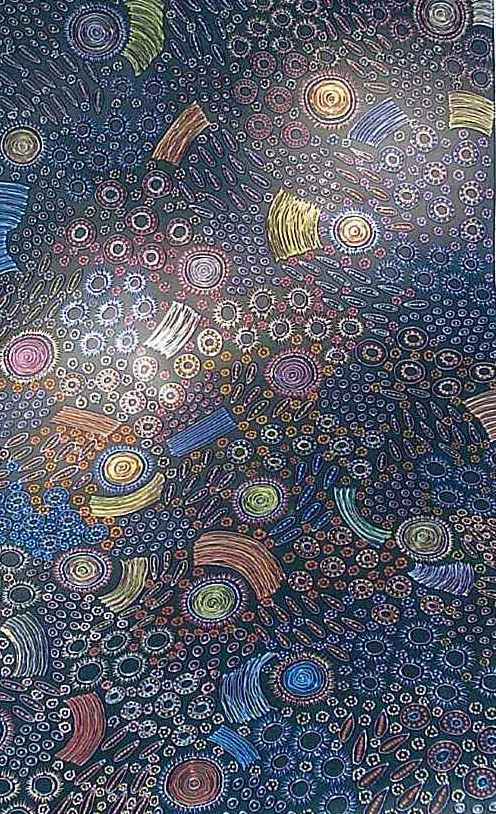